The Mother of Us All

The Mother of Us All

Tell me, ye that desire to be under the law, do ye not hear the law?

P.D. Eastman wrote a book that I must have read a hundred times. It is titled Are You My Mother? I had to look up the author again, and I discovered that I was not the only one who thought the book was written by Dr. Seuss.

The confusion is that it is a part of the Dr. Seuss beginner reader series. I also found out that I am not the only one who enjoyed reading the book. I read it a lot. It is listed in the top 50, all-time favorite, easy reader picture books.

Thinking about mothers, I ended up considering the mother of us all. It might surprise you, but the phrase is found in Galatians 4:26, which says,

But Jerusalem which is above is free, which is the mother of us all.

Tell me, ye that desire to be under the law, do ye not hear the law?

For it is written, that Abraham had two sons, the one by a bondmaid, the other by a freewoman. But he who was of the bondwoman was born after the flesh; but he of the freewoman was by promise.

Which things are an allegory: for these are the two covenants; the one from the Mount Sinai, which gendereth to bondage, which is Agar. For this Agar is Mount Sinai in Arabia, and answereth to Jerusalem which now is, and is in bondage with her children.

But Jerusalem which is above is free, which is the mother of us all.

For it is written, Rejoice, thou barren that bearest not; break forth and cry, thou that travailest not: for the desolate hath many more children than she which hath an husband.

So then, brethren, we are not children of the bondwoman, but of the free.

Jerusalem is the capital of the Promised Land that was given to Israel from God. It sits in the mountain range that includes Mt. Zion. It is where the temple of God was built and where God will reign on earth. It is the blessed mountain of peace and liberty.

Additional allegories are used by Paul including the comparison between Hagar and Sarah. Abraham had two sons: one by a bondmaid, Hagar, and the other by a freewoman, Sarah, his wife. Sarah was barren and could not have children. But God had initially visited Abraham and promised him that from him would come a great nation in a new land. Abraham believed God and left his home and family in Haran. Sarah was with him, and undoubtedly, they were excited to see what God would do.

But after ten years of being in the land, they were still childless and disappointed. In desperation and with a desire to fulfill God’s promise, Sarah, who was seventy-six at the time, concocted a plan to fulfill God’s promise. In Genesis 16:2 she said to Abram, Behold now, the LORD hath restrained me from bearing: I pray thee, go in unto my maid; it may be that I may obtain children by her.

This plan is wrong in so many ways. But that is the way of man. In trying to help God and himself, man always botches things up. And so, Ishmael was born of the flesh, in the power of the flesh, by the will of man, by the scheming of man, and by the wisdom of man. He was born to a woman in bondage and thus was a son in bondage.

Thirteen years later, still childless, with a greater broken heart, and with the conflict between Hagar and Sarah adding to their burden, God reminded Abraham of His promise to make of him a great nation. Sarah thought it was not possible and laughed at the thought. Genesis 17:17 and 18:12 tell us that both Abraham and Sarah had the same reaction. By that time, Abraham was ninety-nine years old and Sarah ninety. They were childless and beyond the years of having children. It was impossible.

But, just as God promised, they had a son, Isaac. Born by the miraculous power and will of God. Given by grace and mercy of God. Born at a time and under circumstances when there could be no mistake that this was by miracle. Born by promise and because of promise to a free woman. Born a free son. What was unmistakably impossible by the power of man, God brought to pass.

Paul’s message to us is this:

Now we, brethren, as Isaac was, are the children of promise.

For any mother of understanding, who knows the truth of God, the greatest joy is to see her children saved by the promise of God. And the greatest book ever read by a mother to her children is God’s Word, which tells of the greatest story ever told, the Gospel of Jesus Christ, which is the power of God unto salvation. And her greatest blessing is the salvation of her children.

This is the ultimate Mother’s Day story for us. Be born again, be born free, be born by the grace and mercy of God. Be born of God and not by the power and effort of man. Let there be no doubt that your new birth in Christ is by the grace and power of God, by confessing that you are undeserving, hopeless, and completely powerless to save yourself. 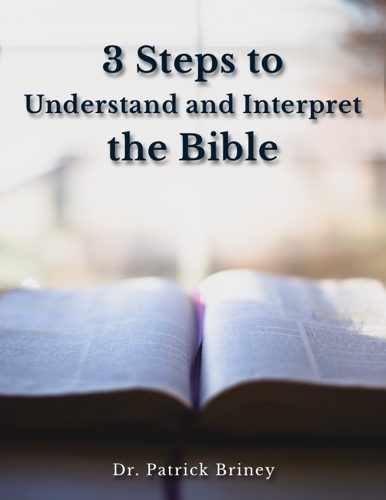